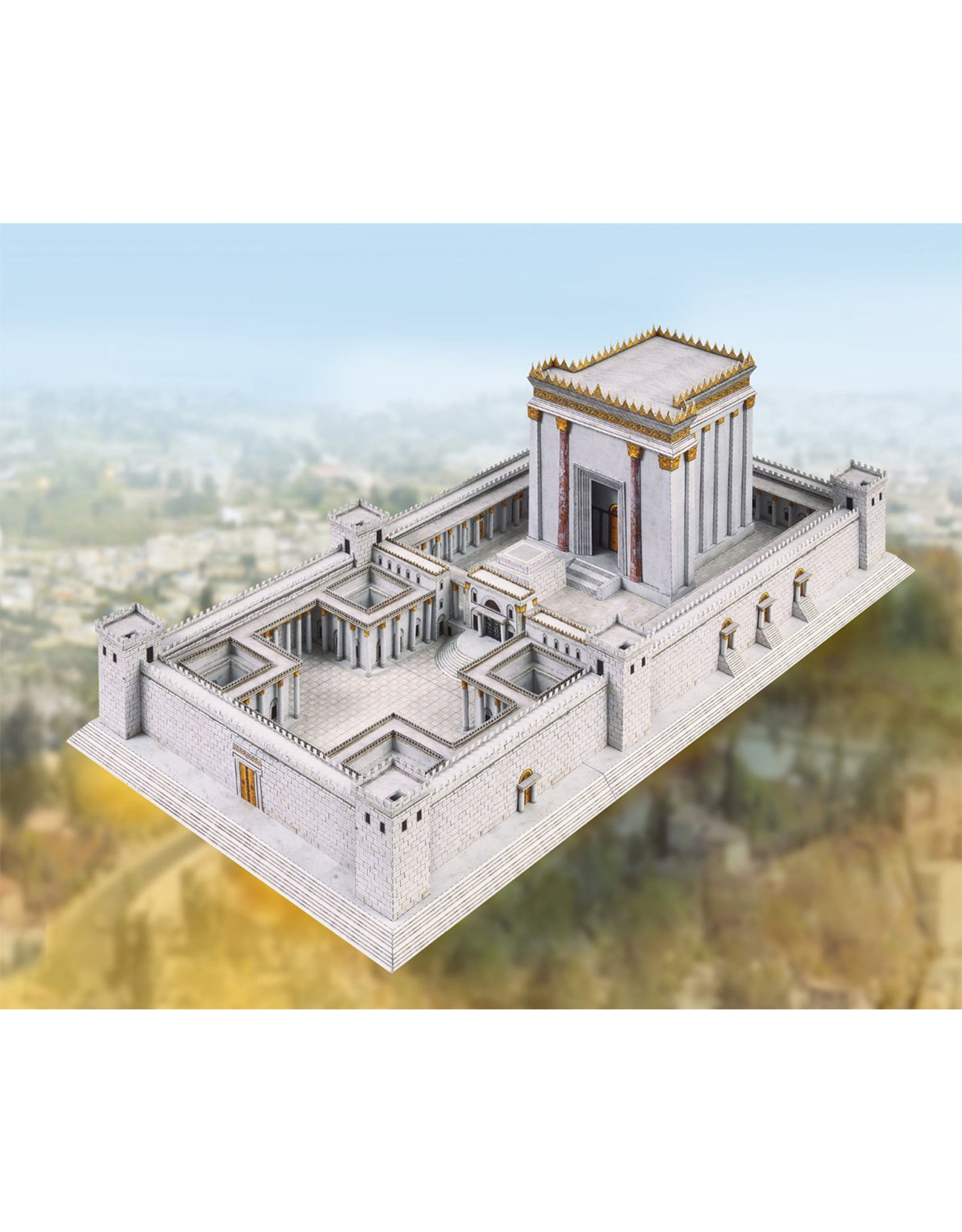 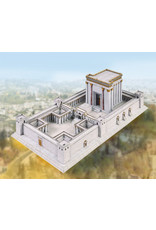 The Temple in Jerusalem – what the temple looked like

The first temple in Jerusalem was built by King Solomon. It was destroyed by the Babylonians when they conquered Jerusalem and transported part of the population back to Babylonia. After they had returned to their homeland, they were allowed to rebuild the temple by the Persians, who were ruling at that time. This “second temple” was completed in 515 BC. It stood in exactly the same place as Solomon’s temple.

Centuries later, King Herod (37-4 BC) reconstructed the temple, embellishing and enlarging the whole temple complex. Huge amounts of earth were heaped up. The enclosing walls bounded a space of 500 x 300 metres which had been constructed as splendid hypostyle halls. In these hypostyle halls religious instruction was given and trading was done. It is here that we must imagine the twelve-year-old Jesus listening attentively (Luke 2. 46), but also the tables of the moneychangers and merchants offering sacrificial animals (Mark 11. 15-17). The Roman soldiers were able to guard the temple from Fort Antonia, which was situated nearby and was somewhat higher in altitude (Acts 21. 27-40).

The large square outside the temple with its forecourts was also open to non-Jews. However, only Jews were allowed to go through the Beautiful Gate into the forecourts directly at the temple. It was forbidden by death for all others to enter. Behind the Beautiful Gate (Acts 3.2) the Jews entered the Forecourt of the Women. It was here that Jesus taught and where He observed the poor widow putting her coins into the offertory box (Mark 12. 41-44). It was here, too, that the men whom Jesus had cured of leprosy had to show themselves to the priests (Mark 1. 44).

From the Forecourt of the Women, the Nicanor Gate led into another forecourt, where only men were allowed. This forecourt was divided into the outer area, where all men had access to it. Separated from that by a waist-high wall was the inner area in which the temple itself stood. The inner area was reserved for the priests. It was in this Forecourt of the Priests that the huge, nine-metre-long Altar of Burnt Offering stood, which the priests ascended by steps when they burned slaughtered cattle, goats, sheep and pigeons. Near the Altar of Burnt Offering stood six cauldron carts on wheels containing water to purify the sacrificial meat. In addition, in the Forecourt of the Priests there was a large water basin made of bronze, which was 4.5 metres in diameter and had a capacity of 75,000 litres. It was carried by twelve oxen, also made of bronze.

Naturally, only priests were allowed to enter the temple. They could cross the Forecourt of the Priests through the open entrance and came into the Sacred Area through a large door. There stood the large seven-branched candelabrum made of gold and the showbread table, where each week on the Sabbath, the Jews’ day of worship, two times six loaves of bread were placed on top of each other. On the Altar of Incense a priest burned strong-smelling herbs in the morning and evening. The Holy of Holies was separated from the sacred area by a curtain. The people standing in the forecourts could see as far as this curtain, when the temple gates were wide open. It was this curtain that was torn in two when Jesus died (Matthew 27. 51). The Holy of Holies was completely dark and empty, because the Ark of the Covenant, which had been in the Holy of Holies in Solomon’s temple, no longer existed. It had been lost when the Babylonians destroyed the temple in 586 BC. The Holy of Holies was considered to be the place where God was present amongst His people. Only the High Priest was allowed to enter this room once a year, on the Day of Atonement (Yom Kippur). The Sacred Area and the Holy of Holies were surrounded on the outside by treasure chambers.

The white temple was richly embellished with gold. It was the pride of the Jews. Construction continued on it until the year 64 AD. But six years later it was destroyed by the Romans after a Jewish rebellion. The Romans took the temple treasures, including the seven-branched candelabrum, back to Rome with them. After that, the Jewish customs of sacrifice stopped. The temple foundations still remain on the west side. They form the so-called Wailing Wall, where devout Jews pray to God and even today lament about their destroyed temple.